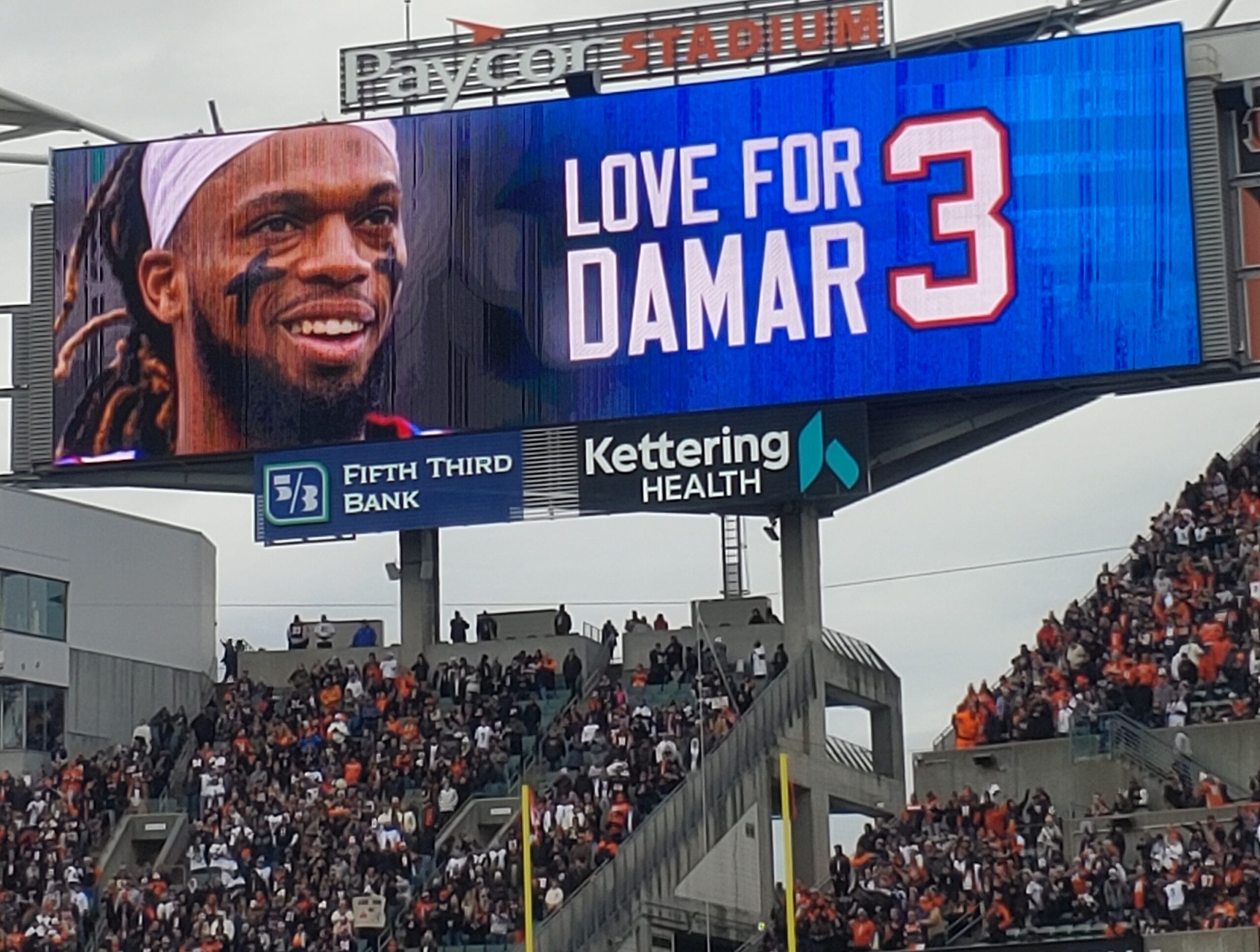 Preparation can be the difference between life and death. Practice Pays Off!

What a difference a week can make. A week ago Monday, one of the most anticipated NFL Games was on the biggest stage between the Buffalo Bills and the Bengals. A game with significant playoff implications.

What an emotional week not only for Damar, his family, both teams, medical teams, and all the millions who watched that moment play out on Monday Night Football. All of us were in complete shock and disbelief at what had happened. We felt fear and compassion for Damar and the other players.

This past week, I have thought about many life lessons that unfolded for me. Something bigger than Football happened at that moment. We all banned together to cheer for number 3 – Damar Hamlin. All were clinging and hoping for positive signs that Damar would be okay.

The power of togetherness was one significant takeaway. Strangers worldwide prayed for a man they had never met until that night. I witnessed love and respect between two opposing teams coming together to support each other in a time of need. I saw the extreme love from parents for their son, who showed unwavering faith that everything would be okay. The power and precision of teamwork among the medical professionals who shared that they were doing their job. Leadership lessons from so many people.

At a press conference, I was listening to Sean McDermott, the Bills Coach, share his thoughts when they received the encouraging news that Damar showed improvement by writing, “Did we win the game?” He said something during that press conference that connected to me. Sean went on to share how much respect he had for the quick response by the medical team on the field. He then went on to utter these three words: Practice Pays Off, and it did in the moment of need.

It was the Bills Assistant trainer Denny Kellington who was doing his job – one he had trained to do all his life. He prepared for the game every day to be ready for that moment. He did this when no one was watching. He and the trainers would complete the mock exercises week in and week out so they would be prepared to step in for the next play. His actions in helping to save Damar’s life are nothing short of amazing. You talk about preparation and leadership, a real hero saving Damar’s life.

Denny went into action and quickly restarted Damar’s heart and restored blood flow to his brain. He was doing this in front of both teams and millions of viewers under a very challenging circumstance. His calmness and leadership at that moment helped save Damar’s life. This story could have ended differently if Denny hadn’t spent hours and time practicing these situations. He was preparing for the worst-case scenario.

I understand that unless you are in the medical field, we may not be able to save someone’s life. We can impact others around us with our leadership skills. How prepared we are each day to lead others or be there for them in that moment of need.

I now have another number 3 that I will be cheering for: Damar Hamlin. Another team, in addition to the Bengals, that I will be rooting for is the Buffalo Bills.

I understand that leadership presents itself in many forms and at different moments. We must all prepare for our moment by practicing what we need to do to improve our game or business. That these three words matter, Practice Pays Off! Practice to improve your skills, Practice!
Practice when no one is watching. Practice!

I am so proud to be a part of Cincinnati, who turned the town Blue and Red, gathered in prayer, and wrapped their arms around Damar, his family, the Buffalo Bills, the entire medical team, and our Cincinnati Bengals.
It’s a New Dey – WHO DEY!

Simply enter your name and email! As a thank you for joining us, we're going to give you Chapter 1 of Three Word Meetings, for free!

By providing your email you consent to receiving occasional promotional emails & newsletters.
No Spam. Just good stuff. We respect your privacy & you may unsubscribe at any time.